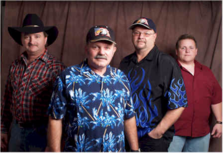 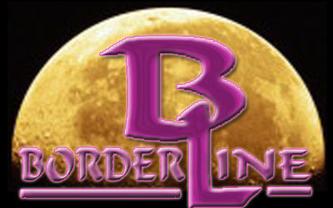 Borderline was former in February 1993. With only a few changes in all these years, we've continued to grow our musical horizons.

In February 1998 Borderline released it's first self supported album which included all original material written, recorded, and produced on our own.

In July 2001 Borderline was chosen to be the opening act for the Lyme Aid concert in Fairfield, PA., opening for country music stars Chris Kegal & Tammy Cochran.
Some other artists we have had the privilege to work with over the years are David Allen Coe, Steve Warner, Confederate Railroad, T. Graham Brown, Jason Sellors, and The Hagar Twins (from Hee, Haw).

In May 2003 Borderline released it's second self supported album entitled "Movin' On". This album consists of a mix of original and cover songs.

With February of 2008 startiing our 15th year, Borderline was already working on our lastest project entitled "Fan Favorites". This cd was released in May of 2008. It consist of cover songs, basically picked by the fans, hence the title. We have had tremendous success with all our cd's but this has been the most popular.

Borderline is moving forward, expanding our horizons, and traveling to many new and exciting places. We hope that as fans of Borderline you'll want to follow with us as we spread our wings. With our ambition and love for music, we will excel further than we could ever envision. Without the support of our families and you, the fans, none of our dreams would be possible. We hope you join us this year in celebrating our 26th anniversary.

We would like to play your venue. Feel free to call, text, or e-mail us for additional information.
Our price starts @ $800.00.

We keep talking about us as a group, but who is Borderline?

With over 100 combined years of experience, it's time to tell you who we are;

Ripping up and down the neck of the Lead Guitar, with his own mixed styles from the Beatles to some of the hottest lead players of today. He also throws in some Piano, Fiddle, and Lap Steel and has the ability to play any instrument he picks up. We never know what instrument he's gonna bring on stage next.
Singing lead and backing vocals, doing some moves even we don't expect, here is John Glenn from Halifax, PA.

He is not able to sit still while he is beatin' on the skins. Even while he is all over the Drums, he is also doing lead and backing vocals. He loves to put all he has into the music he's playing. We give you P.J. Trimmer from Hampton, PA.

Tearing up the double neck Steel Guitar, he is one of very few steel players who also does lead and backing vocals. Seems to have more energy than the rest of us put together (you would never know he is the oldest one in the band). We have Gary Comp from Mechanicsburg, PA.

Last but Not Least,

Walking all over the low end of the music, keeping the drive going with the Bass Guitar, moving with the beat of the music. Singing backing vocals, along with mc work, we bring you Rick Zinn from McSherrystown, PA.

We would like to invite you to help us celebrate twenty-seventh year together.

Once again we want to say THANKS and we hope to see you at our next show.